He has assisted well-known companies in their Guatemalan tax matters such as Avianca and Ingenio Palo Gordo.

Before joining Mayora & Mayora, he was legal counsel to the Guatemalan Superintendence of Tax Administration (SAT) and consultant to the country’s Constitutional Court, as well as a tax law researcher at the University of Salamanca. Chambers & Partners and The Legal 500 have recognized him as an outstanding professional in tax issues.

He has been a professor of tax law at various universities, in both bachelor’s and postgraduate degree studies. His publications include various writings on tax and administrative topics, on which he also frequently lectures in national and international academic forums, including the American Bar Association and CEDUCA. He also writes quarterly tax articles for Lataxnet/WTS, a global network of tax and transfer pricing firms, of which the firm is a member. 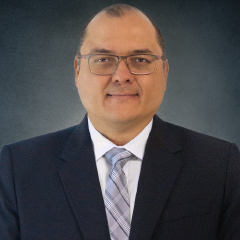