Specializing in Tax Litigation, Daniel has been handling judicial and administrative litigation in matters of federal, state and municipal taxes, including advising on cases before the Federal Supreme Court, presenting oral arguments before the Full Session of the Court, the Superior Court of Justice, and the 1st and 2nd panels of the Court. He also presents oral arguments before the Administrative Council of Tax Appeals (CARF) and before panels of the High Court of Tax Appeals. 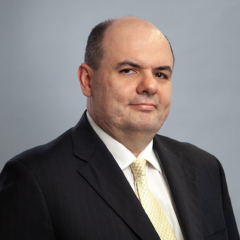